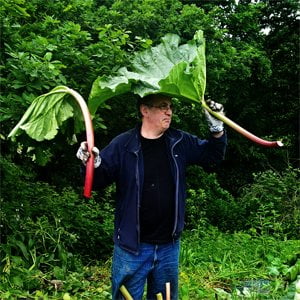 The power of transformation at it's most raw

Every so often I meet someone who is simply extraordinary.

One such person is Larry McCauley. 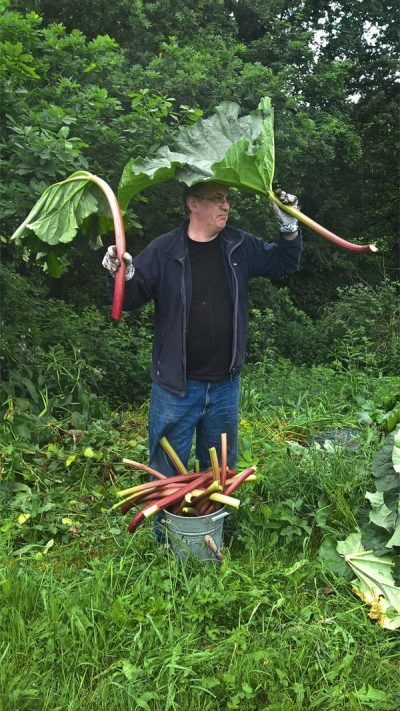 Larry hails from South Wales and now lives in Shropshire, and is 58 years old.  We met recently (and entirely by chance) through a friend of mine.  I knew from the moment we spoke that there was a reason I had been put in touch with Larry.  I was not wrong.

As well as sharing a common grounding in forgiving our past, we have uncannily both lived with someone who suffers from schizophrenia.

Larry has written an e-book titled “Freedom of Forgiveness” .  This in itself is quite an achievement, but when you read Larry’s story below you will understand why he is a truly remarkable person and why writing a book like this has been nothing short of a miracle.

As a result of the events described below, Larry suffers from Complex Post-Traumatic Stress Disorder; an illness arising from a change in the brain’s structure as it (in the case of Larry) grows and develops, leaving a huge psychological impact in the sufferer.  Larry is also physically disabled with Fibromyalgia.

The first nine years of his life, although eccentric and confusing at times, were happy enough.

This all changed in 1969 when Larry’s parents converted to an extreme form of religious fundamentalism.  Gone were Larry’s childhood and the happy eccentric days. They were replaced by exorcisms, book burnings, enforced prayer and violations of privacy and personal power.

“My much older brother was denied access to medication for his schizophrenia in the belief he wasn’t ill, just possessed by demons. My poor brother descended into such a state he took a carving knife and mutilated his feet in the kitchen.  I was just 12 years old at the time”.

Coming from a mixed race background, Larry’s family from both his mother’s and father’s sides had rejected them, leaving him trapped in an inescapable situation amidst untreated Schizophrenia and religious mania.  There were no moderating forces on his parents behaviour.

“I had instantly stopped being a child and, instead, became a soul in need of salvation. No effort was spared in forcing me to conform.”

By the time Larry was 18, he had escaped into the pain-relieving arms of drug addiction. He managed to quit using them by the age of 32 and spent the next four years living as a volunteer member in two residential Buddhist centres, one in Bath and the other in Swansea.

“This gave me the tools to control my trauma, but as I was undiagnosed until much, much later, I was unable to resolve it. But at least (through sheer effort of will) I could bring some practical aspects of my life together and create a platform to move on from”.

In 1997, Larry married and moved to Devon, creating a career for himself in social work and managing the Big Issue office in Exeter.  However, as time passed he was unable to control the growing dysfunction and emotional states that were so often overwhelming him.

“In August 2005 I awoke one morning with absolutely no strength or fight left in me. In five weeks flat I lost my home, my marriage, and my career (my physical and mental health was already long gone by this time). I moved into a spare room at my friend’s cottage and became resigned to becoming a homeless alcoholic. I reasoned that the gutter was where I truly belonged”.

One morning in 2005, Larry found himself hung-over, listless and in a state of increasingly deepening depression.  He had reached an absolute nadir.  Little did he know that this was going to be the biggest crossroad of his life.

“With some help, I began to unwind, to drop into the whole miserable experience, layer by layer. Without energy left for judgement I merely noted the feelings as I sank into them, like entering a Russian Doll.  Within each feeling was another feeling, which was seen, noted and left behind…Until finally I found a new and different sense…a sense of possibility within the suffering and the pain. A sense that, within all the suffering there was something else, a tiny point of stillness that I stopped myself from entering in order to note it from the outside, out of curiosity I suppose. And then I dropped into that point of stillness and something quite unexpected happened. My heart exploded with joy”.

Larry describes the above as his miracle moment.  Soon after, he began to write and discovered that he knew things about trans-personal psychology that he had never been taught.

“I was writing about the condition I had been in and the means to not go there again, without any thought or consideration. The words just flew from my pen as if from another space entirely. It was sustained, enlightening and one of the most inspiring times of my life”.

From this point on, Larry slowly began to understand his condition and reached a point where he could draw a line in his mind between what he describes as his “trauma brain” and his personality.  He was able to transform the pain from the past events in his life by viewing them as wounds in need of healing, rather than enemies out to harm him.

“I cannot stop my trauma-brain from attacking me. It’s hardwired to do so. But I can defuse each attack by understanding that the beliefs it throws at me about my awfulness and failure as a human being are not to be believed, that they merely represent a wound, and that with a moment of gentleness and insight, those attacks are transformed into the love I bring to them”.

Here are a few questions I asked Larry that I hope you will find as comforting and insightful as I have:

What have been your biggest lessons from life so far?

The human condition is not our enemy to be attacked or defended from; but rather is our wound to be treated with loving kindness.

What have been your biggest achievements in life so far?

Reducing the psychological impact of CPTSD to a tiny fraction of what it could be; to maintain a loving presence in the face of the most awful thoughts and feelings, and so relinquish them. We are only ever one thought away from peace. That’s all. Just one single thought. That thought can never be overcome by force; it can only ever be relinquished in love.

What makes your heart sing?

What do you believe about our life here on Earth?

Beliefs…Beliefs are so over-rated. Given my background, I have seen people driven to madness over beliefs. Beliefs can be brittle things, and the value we attach to them makes any competing fact feel like a threat. A universal set of beliefs, such as a universal religion, are impossible. However a universal experience is not only possible, but necessary to heal the divisions that beliefs have created in our world. What really counts are not what we believe but what we value.

Beliefs that come from values share a value’s enduring qualities and have healthy roots. Values that come from beliefs are as brittle and as uncertain as a belief that finds itself in a world of competing beliefs can be.

But having said all that, I shall offer my beliefs. They are not that important to me, as values are primary in my thinking and in my life. But such as they are…I believe that our humanity and this world we both find ourselves on and create are the greatest classroom imaginable. That consciousness is primary and survives physical death to try and assimilate lessons until we no longer need to return to this place. That we can awaken and find ourselves safe in the heart of God.

I have also been profoundly touched by the Buddhist teachings on emptiness – the ultimate nature of reality. Emptiness is not the same as nothingness. It is not nihilism. But it is a perspective that provides comfort and peace in all the turmoil of the world. 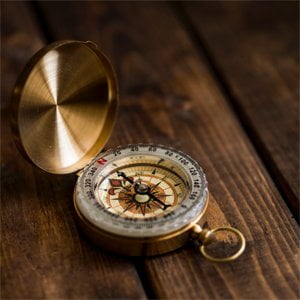 Three key pieces of advice that you want to pass onto readers about living their full potential and life’s purpose?

To understand one’s pain as a wound and not an enemy is to lose our fear of our own pain.

We then lose the fear of other people’s pain as well. We can become fearless and far more helpful with this loss of fear and the knowledge that there are times when we don’t need to have the right words. Our calm, kind presence is often far more valued and helpful than searching for the right words when none exist.

Sympathy is not compassion, compassion is not sympathy.

Sympathy requires a hierarchy; compassion is a deal between two equals. Compassion is simply a response to an understanding of the commonality of our suffering and also the commonality of consciousness itself.  Compassion also reminds us to take care of ourselves. If we burn ourselves out or give all we have, we cannot be of any use when the opportunity to do so comes around. Self-care is an act of compassion when we look after ourselves in order to be as strong and as helpful as we can, when we can.

And just to briefly add…There is a fine line between self-development and self-indulgence. Having a compassionate intent keeps us on the right side of that particular line.

Become adept at spotting the thoughts and self-beliefs that are unworthy of you.

Beliefs that would be laughed out of court if presented as a case against you, such is their ridiculousness in the cold light of day. Then offer them the gift of your disbelief in them. There is no need to attack them, or defend yourself from them. Simply see how unbalanced, how illogical and how without foundation they are. Repeat as required and this manoeuvre will become a welcome habit.

Thank you for reading Larry’s story. 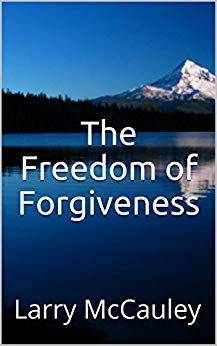 Larry’s book is available to download from Amazon by clicking the image.  If you don’t have a kindle, you can download a kindle reader from Amazon for Windows, Android or Mac.  Larry’s book is short, simple, and contains no words longer than “Marmalade”.

As part of this blog I will occasionally be posting up interviews with people I have found inspiring, like Larry. 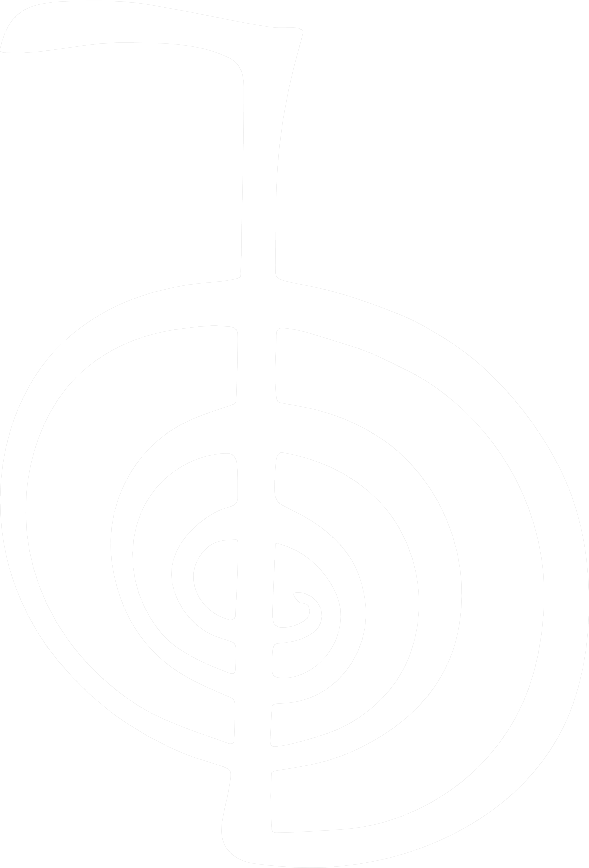