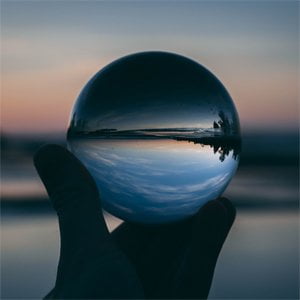 “When you change the way you look at things, the things you look at will change” – Dr. Wayne W. Dyer 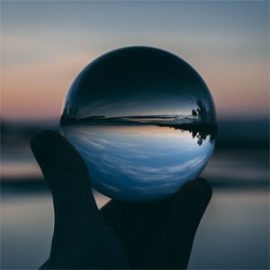 “When you change the way you look at things, the things you look at will change” – Dr. Wayne W. Dyer

Why have I put so much emphasis on living your life ‘inside-out’?   I’m hoping that this post will go some way to explaining it.

You see, my life only started to change for the better when I began to do the inner work I describe in Lessons 1 – 5 (you can access the first one here).

But why did it change? How can the life you experience on the outside of you change by altering yourself inside (i.e. your beliefs, feelings and thoughts)?

Well, I believe perception holds the key to that answer.

*WARNING* – I am going to get a little deep in this post and challenge your norm!

First, let’s look at what perception is defined as being in the English Oxford Dictionary:

Okay, so pretty straight-forward.  We interpret the environment around us by using our senses.  Now, let’s get a little deeper…

What if I told you that life here on Earth is a reflection of who you are and therefore what you perceive will determine your reality?

Have you ever seen the American TV drama series “The Affair”?  It stars both Ruth Wilson and  Dominic West as its main characters and has been a big hit on both sides of the Atlantic.

Each episode is divided into two, devoting the first part to one character’s recollection of events, and the second half to the other character’s perspective.  The event is always the same, but the recollection of that event from each character is completely different – right down to the conversation had and the clothes worn.

I remember when I first saw an episode, I was totally confused.  “How can two people remember the same event so differently?”, I would mutter out loud.

Surely, that couldn’t happen.  I mean he was either wearing a brown coat or he wasn’t!

She either had the affair, or she didn’t!

At the time I dismissed it as a gimmick to draw in more viewers to the quirky storytelling (it worked).

But now I realise that it is so much more than that.

The story-telling in this American TV show pretty accurately describes how each and every one of us experiences life.

We choose how we want to experience it.

“But things happen to us out of our control”, you say.

But here’s the thing.  Whether it is good or bad for you depends entirely on how you choose to perceive it.

You can either choose to view something as an obstacle or ‘bad’.  Or you can choose to see it as an opportunity to grow or ‘good’.

The choice is yours.

The beauty of free will.

One of the lead characters from The Affair, Joshua Jackson, had this to say when reflecting about his parent’s divorce many years ago where the event of the divorce was true, but his parent’s recollection of the event differed immensely:

“The recollection around [something like that] is completely discrete and unique … An event can happen, but everything associated with it is still subjective to the perspective of the person who’s telling it.”

Have you ever had the experience of talking to someone about an event that you both attended, and yet that person had a completely different take on it to you?

Or you have had a disagreement with someone about something and then when you go back and recall the argument, you both remember different versions of it!

This is not some strange phenomena or just crazy human behaviour.

I believe that how we experience something is a result of a choice we make at that moment in time, which is usually based on our pre-conditioned thoughts and beliefs informing our feelings.

That experience is then reflected back to us as our reality.

So if you are already coming at something from a place of discontentment, upset, anger, frustration, you will see that reflected back in nearly everything you experience in some shape or form.

Whereas if you are coming at something from a place of love, compassion and happiness, you will see that reflected back to you in all your circumstances.

Hence, why I have made such a song and dance about living your life from the ‘inside-out’ first.  If you are the person you want to be on the inside, the outside life will start to reflect you.

Life is a reflection of what you perceive to be your reality.

Now there is a whole host of information coming to light,  including quantum mechanics, on how this perception thing works.  But if I put that all into this post, I will be writing for a very, very long time.

All I can give you is my experience after years of trying (and failing) to create a life I love.

Don’t take my word for it, try it yourself and observe what happens.  Start with something, be it your beliefs, making peace with your past, self-care, whatever takes your fancy.

Then observe your life and keep notes on any changes you notice.

Yes, really.  I’m asking you to keep notes on your life.

We keep notes of lots of things but rarely documenting the life we are living. How else are you going to notice changes unless you keep a record of them?

Here are the changes I noted within (internal world):

Here are the changes I noted on the outside, in the external world:

I finally made the choice to stop reacting to life.  I now observe life and choose how I want to experience it. Genevive Davis, in her book ‘Becoming Genevieve’, talks about how she now views life as made up of lots of “stepping stones”.  There is no good, or bad, there are simply stepping stones. Its up to you whether you choose to take the opportunities life throws at you to grow and forge a life you love. Or, whether you view these very same opportunities as complete disasters. The choice is always yours. Until the next time…

“Life is a set of experiences.  We either embrace them or reject them.  It is our choice.  Neither choice is good or bad.  All that exists is the perception of that choice.  And that in turn, creates our reality”.